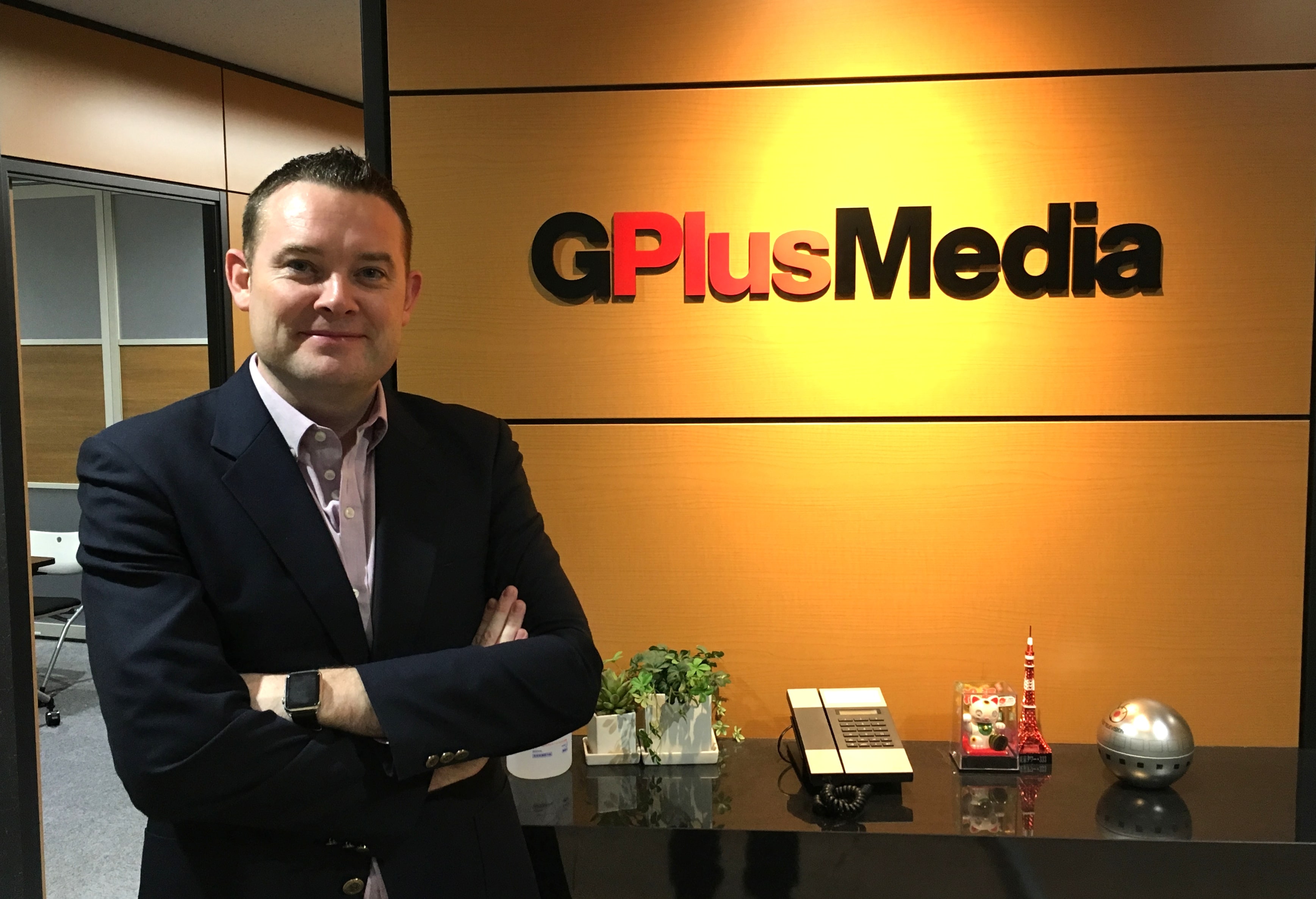 GPlusMedia Inc. is one of the chamber’s most recent members; a rather unique enterprise that has built an impressive business model entirely on the internet in a fairly short time. The company’s offerings can be summed up as “services to foreigners in Japan that cater to their most basic and immediate needs”; comprehensive sources of essential information on Japan in English as well as assistance to both newcomers and longtime residents when they need to find employment and a place to live.

The company is first and foremost famous for producing the largest English-language Japanese news site on the net — Japan Today — servicing almost one million users per month. It also owns and runs four other large internet properties: GaijinPot, a site with comprehensive information on all aspects of life in Japan for foreigners; CareerEngine, the place to go for people looking for work in Japan, both at Japanese and international corporations; Savvy Tokyo, with lifestyle information for international women in Japan; and, finally, realestate.co.jp, a databank of real estate offerings for anybody who wants to rent or buy a home in Japan.

The origins of this enterprise can be found in Nagoya back in the year 2000, where Peter Wilson and Erik Gain started GaijinPot. They had been working hard to find jobs as English teachers and were thus acutely aware of how difficult it can be to find work as foreigners in Japan. The aim of GaijinPot was to provide necessary practical information about life in Japan and also to help foreign jobseekers and companies needing international manpower to locate each other.

Irishman Kieron Cashell is General Manager at GPlusMedia and he was kind enough to give us time for an interview at the company’s office in Tokyo’s Azabu district. He has had 13 very intense years in Japan, working in IT, web development and print production as well as in managerial positions at several media-related companies before landing at GPlusMedia. Two of his more noteworthy endeavors in this country are the starting up and management of a bi-lingual golf magazine as well as working for a few months as a singer at Disneyland!

We spoke quite a bit about the problems many foreigners face when they first arrive here, especially if they are not speaking Japanese at the outset. “Many newcomers have problems with securing their own living space, what with language problems, key money, the need for guarantors and other obstacles. We offer peace-of-mind as we can basically act as a go-between and make sure the landlord is satisfied while you just pay the rent through us.”

Mr Cashell also stresses the recruitment assistance the company offers. “We are really dedicated to helping people find a job here. We find that many of our clients come back to us when they in turn need to fill positions at the firms we have arranged for them to work at. It’s a really positive cycle where we would like to be positioned to help whenever there exists a need.”

With the upcoming 2020 Tokyo Olympics, many corporations and government entities have realised the sudden need for multilingual and multicultural competence, and in 2015 the Fuji Sankei Communications Group bought GPlusMedia in order to be able to better cater to the huge number of foreign guests arriving before, during and after the Olympic games. With the backing of Fuji Sankei, GPlusMedia has been able to achieve a rapid acceleration of their business. “We are now, only two years after the acquisition, already more than twice as large both in number of staff and turnover,” Mr Cashell says with obvious pride. He adds that “we firmly believe that Japan will remain an attractive destination for international talent even after the Olympics.”

GPlusMedia now has strategic alliances with twelve foreign chambers of commerce in Japan. “Our main theme here is to be there when you need help with recruiting or with housing, two headaches that any foreign company faces in Japan. And through our membership, we can be closer to you and be more committed to your needs at all times”, Mr Cashell says.

By dipping into the company’s huge database of members, Cashell gives us the following interesting numbers:

It is by this clear that Swedish professionals are searching for work in Japan in increasing numbers, a good thing both for Swedish businesses in Japan and in general for Swedish-Japanese business relations.

Mr Cashell ends our interview by sending a message to all other members of the SCCJ: “All member companies will receive a 50% discount on our service charge the first time you use our recruitment service”. Good to know for future reference.

On a last note, in case you wonder what GPlusMedia stands for, it is of course Gaijin Plus Media. A winning formula that will most likely grow even stronger as Japan becomes increasingly globalised.